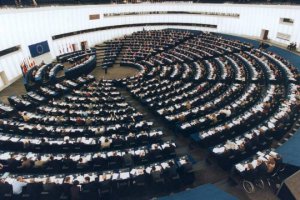 As MEPs from a number of political groups, we are writing to express our concern about the ongoing EU-Mercosur trade negotiations.  The particular focus of our concern is the political situation in Brazil, and the need for EU trade policy to achieve the highest standards of human rights and environmental protection with that country, the largest economy in the Mercosur trade bloc.

Since the inauguration of President Jair Bolsonaro on January 1st 2019, the Brazilian government has taken a number of reprehensible actions that could directly undermine the principles of the EU’s ‘Trade for All’ strategy, and that could facilitate the violation of human rights and the further degradation of the environment.

With regard to human rights, we are concerned about the executive order put forward by President Bolsanaro that will transfer the protection of Indigenous lands from Brazil’s National Indian Foundation (FUNAI) to the Agricultural Ministry of Brazil. Such a transfer of responsibility is likely to leave indigenous people and their land vulnerable to the interests of agribusinesses.

As primary goods including agricultural goods make up for 34.7% of Brazilian exports to the EU (and this is set to increase under a new FTA), there is a very real risk that the EU-Mercosur Free Trade Agreement will directly undermine the protection of indigenous lands by incentivising the expansion of agricultural and other primary goods for export. As both Brazil and a number of EU Member States are signatories of ILO Convention 169, we are determined that the provisions of this convention should be respected with regard to the protection of the territorial integrity and fundamental protection of indigenous peoples.
We are sure you share our concern with respect to President Bolsanaro’s threat to withdraw Brazil from the Paris Climate Agreement. Despite recently downplaying this threat, there is no evidence to suggest that this government will act in good faith when it comes to upholding their environmental commitments. As it stands, genuine risks remain for the Amazon rainforest, which remains so vital to the world’s climate.

Between August 2017 and July 2018, 7,900sq kms of the Amazon were deforested, a 13.7% rise on the previous year and the biggest area of forest cleared since 2008. This would seem to be inconsistent with the Commission’s Action against Deforestation and Forest Degradation, launched in December 2018. We could not accept that cattle raised on former rainforest land could find its way onto the plates of EU consumers.

Until we have guarantees that the Bolsonaro regime will show a genuine commitment to its responsibilities under the Paris Climate Agreement, as well as ensuring that the rights of indigenous people in his country are fully protected, we will not agree to vote in favour of an EU-Mercosur trade agreement.