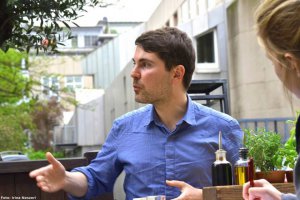 The European commission wants to strike the biggest rade deal in history with the US: the transatlantic trade and investment partnership (TTIP). The commission hails TTIP as an engine for growth and jobs. However, many citizens are worried that TTIP undermines financial regulation, consumer protection, environmental standards, labour laws and threatens public ownership of critical infrastructure. TTIP is not so much about removal of already low tariffs between the EU and the US. The main focus is "non-tariff barriers to trade". In other words, any public rules and regulations which multinational corporations deem an obstacle to easy profits.

The performance of trade deals such as the North American free trade agreement (Nafta) is worrisome. According to the centre of economic and policy research in Washington DC, Nafta has destroyed one million jobs in the US. The eminent economist Ha-Joon Chang suggests that clever industrial policy, as well as selective protection of infant industries, rather than free trade were key to economic success of advanced economies. The EU and the US enjoy a daily trade in goods and services worth €1.8bn. Furthermore, the biggest obstaclesto trade are currency fluctuations. The euro has hovered between 1.20-1.50 to the US dollar since 2010, making EU exports 25 per cent more expensive in peak times. As such, even rather creative studies conducted in support of TTIP have produced meagre results.

The most contested aspects of TTIP are the regulatory cooperation council and investor-state-dispute-settlement (ISDS). They may deter policymakers from law making in the public interest. Multinational corporations may use ISDS to sue sovereign states if laws negatively affect their profit expectations. However, ISDS is not subject to national jurisdiction but to clandestine international arbitration courts with no right of appeal. ISDS has been introduced to prevent the discrimination of foreign investors in states with shaky rule of law. Does the commission really suggest that the US and the EU compare to failed states?

Rather, EU trade commissioner Karel De Gucht could not provide any evidence of the economic benefits of ISDS, such as increased foreign direct investment, upon my request. The Swedish energy giant Vattenfall sues Germany over its nuclear energy exit. Hedge funds bank on a business model called litigation finance by investing in lawsuits on behalf of third parties. The recent stand-off between vulture funds and Argentina over debt restructuring demanding a return on investment of nearly 1700 per cent on Argentinian bonds is telling. Greece has faced similar lawsuits of lastminute investors betting on sovereign default. As such, many countries such as Brazil, Australia, Ecuador or South Africa refute ISDS. However, even if ISDS were to be left out of TTIP dangers to democracy persist. The commission also wants to strike a deal with Canada (CETA) serving as a blueprint for TTIP. De Gucht has confirmed in a response to my written question that US companies with economic activity in Canada might use ISDS, as foreseen in CETA, to sue EU member states.

The discontent with EU integration is alarming. Elected members of parliament should serve the majority of EU citizens not narrow corporate interests. Thus I hope parliament will bury the backroom deals presented by TTIP and CETA.